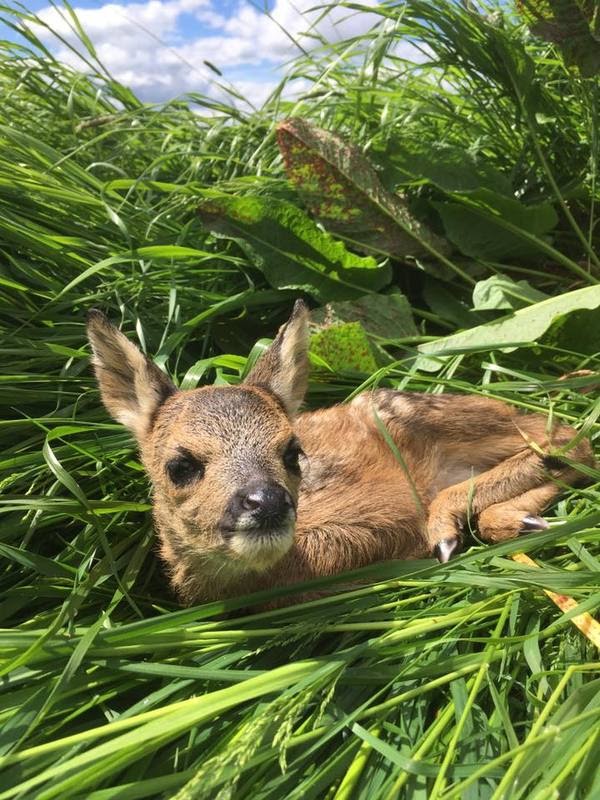 We are now looking for farmers who would like to use the latest technology to screen their fields for deer fawns before harvest.

Roe deers are most threatened by the agricultural operations as juveniles in danger press against the ground trying to protect themselves from predators. Roe deer fawns are “hiders” and during the first 4–6 weeks mostly stay hidden alone in the vegetation and their mother visits them 3–7 times/day. For this reason, there is a high risk of young roe deer being killed by the cutter bars. Moreover, adults are also threatened as they often prefer grassland habitats, even in comparison to other agricultural localities. The season of fodder crops harvest in Central Europe also overlaps with the roe deer birth season whose peak falls between 20th May and 10th June. There were various methods tested in the past aimed at decreasing roe deer mortality caused by agriculture machinery with varied levels of success. Flox drones offer already today the possibility of searching for fawns with a thermal imaging device.

The Flox drones are very reliable in finding fawns. If the basic requirements are met, the rate of successful fawn detection can be even up to 100%. An undisputed advantage of this method is the possibility of involvement of local gamekeepers. Thus the agricultural fieldworks are not interrupted. In Sweden, roe deer fawn mortality due to fodder crops mowing was assessed to be within 25–44% between years 1997–1999. In West Germany, the number of killed roe deer fawns was estimated at 84,000 individuals in a single year 1979. Today, the numbers are estimated to be much higher at the mowers speed is substantially higher and the cutter bars are longer.

Flox drones can be used for searching roe deer fawns in the harvest season when the young fawns are most vulnerable. Our approach develops and innovates the methods previously used in innovation projects in Germany, Czechia, Switzerland and the Netherlands.

We are now looking for farmers who would like to use the Flox technology for this purpose during the harvest season of 2021. Interested? Please do not hesitate to contact our CEO Sara Nozkova at [email protected].