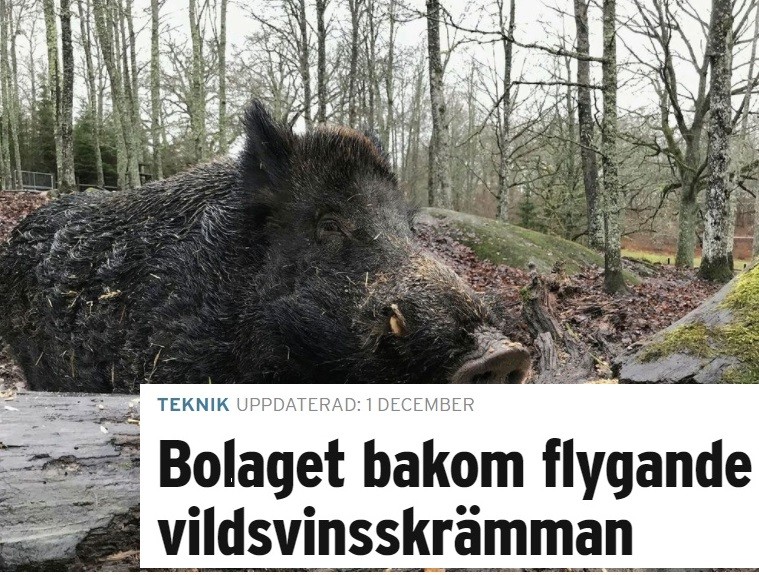 Already at the beginning of next year, the company aims to sell its first drones, according to the site Breakit, which was the first to report on the company’s new expansion plans.

According to the company’s CEO, Sára Nožková, it should be possible to recoup the investment already during the first year in the form of reduced damage to crops and forests.

If the company succeeds in establishing its product against wild boar and deer, a large market is open on both sides of the Atlantic. In Sweden, wild boar damage amounts to billions in kronor, and in the US to $ 2.5 billion every year, according to Sára Nožková.