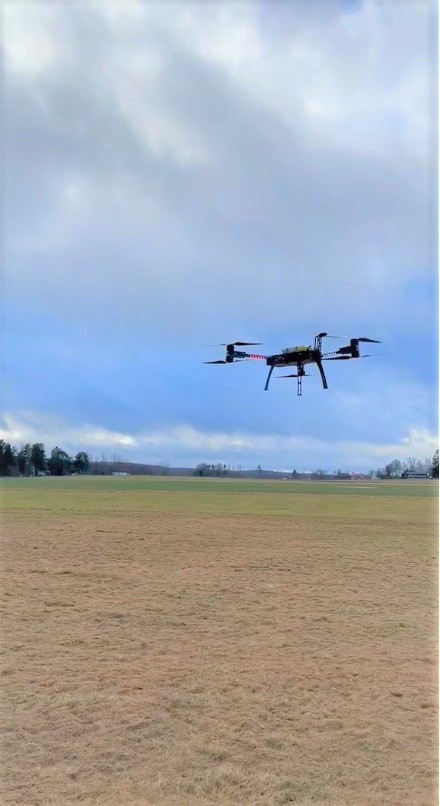 STOCKHOLM, Sweden – Feb. 23, 2022 (PRESS RELEASE) – FLOX Robotics (FLOX AB) – a startup that provides artificial intelligence equipped autonomous drones, and part of the Sting accelerator startup eco-system – announced Wednesday that it is closing in on its first major milestone: the delivery of the first ever fully autonomous drone system equipped to repel wildlife from cultivated lands in April 2022 to its first customer. This marks the kickoff of FLOX’s 12 month commercial test phase which will take its solution to over a dozen different customers enabling FLOX to apply and further fine tune its technology across a multitude of different cultivated fields and young forest lands.

“Since our early adopters are clamoring for any kind of solution for their increasing wildlife predicament, they have been pushing for FLOX to already start rolling out our solution as soon as we think it should be able to work, fully understanding that we have yet to fully test our solution in critical areas such as durability, ruggedness and some of the technical real-world applications,” said FLOX CEO Sara Nozkova. “We are over the moon to already be able to sell our systems in the coming 12 months while test-driving the technology, monitor how the hardware holds up over extended  periods of usage, and provide our AI systems the ability to gain huge amounts of experience across a wide variety of different lands.”

FLOX is turning what was previously a human-wildlife conflict to a new way of managing and protecting natural resources in shared landscapes. FLOX developed an autonomous, AI-equipped drone solution that helps landowners and farmers to successfully repel wildlife in order to maximize agricultural output and protects young forests, in turn preventing agricultural expansion into natural wildlife habitats. An animation video demonstrating FLOX’s solution can be found here: https://www.youtube.com/watch?v=vBUo0Eo7lyo FLOX’s technology is currently also being tested in some of the Nordic countries as a possible solution to prevent collisions between trains and wildlife.

FLOX plans to deliver its solution to over a dozen different customers in the 12 months following its first commercial delivery planned in April, 2022, bringing its solution one month at a time to each customer, enabling FLOX to apply its technology across a wide variety of cultivated fields and young forests, collect and learn from all the gathered data, rapidly iterate both the hardware as well as the software, all the while already delivering value to its early adopters. There are still some slots open for interested farmers or landowners targeted by wildlife, to become part of FLOX’s 12-month commercial test phase – just send us an email to [email protected].

“We are super-psyched about our upcoming first ever commercial delivery this April as we finally get to practise what we preach: turning what was previously a human-wildlife conflict to a new way of preservation of natural resources in shared landscapes so that we can coexist with local wildlife in a way that has not been possible ever before,” said Nozkova. “FLOX started at the end of 2020, and now over a year later we are closing in on our first commercial delivery – our first opportunity to show the world of landowners and farmers that our system, the first of its kind, can genuinely help them and live up to FLOX’s vision.”

The founders of FLOX decided to embrace the company’s Nordic identity and look towards Norse Mythology as inspiration for establishing the names of FLOX’s first set of products. That culminated in the decision to call FLOX’s first fully autonomous drone Hugin, and FLOX’s base station from where Hugin will fly out and return, recharge and depart again, to name Oden. Similar to the mythological story of ravens and gods, we count on Hugin to venture across the world and upload its new-found knowledge to Oden.

As FLOX is readying itself for its commercial phase, the company started to scale its team since the beginning of the year, and aims to continue adding to its ranks in the coming months. In January FLOX already made two additions to its team, adding Animal Scientist Simone Vaianella, an expert in wildlife and biodiversity, as well as Chief Marketing Officer Joon Knapen. “It’s amazing to join the Team at FLOX brimming with talent, energy and will-power to fulfill our mission: Coexistence with Wildlife. Reimagined,” Knapen said. “I’ve worked at many companies where Purpose was almost an after-thought…It’s incredibly inspiring to join a startup like FLOX where its whole existence is premised on its Purpose.” More info on Vaianella’s can be found in our Newsroom here and on Knapen’s appointment here.

As of the coming week FLOX will start providing weekly updates as it is counting down to its commercial launch of OH-1 (Oden 1 & Hugin 1) in April 2022 on its most prominent Social Media Channels so please watch that space if you want to stay abreast of the latest developments:

FLOX is a Stockholm-based startup with a vision to reimagine coexistence with wildlife. The company was founded in December 2020, at the Royal Institute of Technology with support from KTH Innovation, with the aim to offer affordable tailor-made services provided by autonomous drones to protect crops and young plants from wildlife-related damages. Subscribe to FLOX’s newsletter by sending an email with <subscribe> in the subject line to: [email protected]

Are you a landowner or farmer plagued by wildlife and have interest becoming part of FLOX’s 12-month commercial test phase? Just send us an email with <calltoaction> in the subject line and we will get in touch: [email protected].

If you have any questions or would like to engage with FLOX CEO Sara Nozkova, please contact FLOX’s press team at [email protected]. 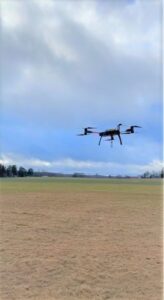 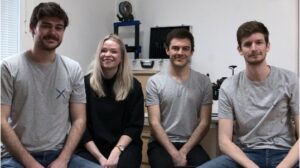